This has been a Nico's discovery in his roaming around Amsterdam at the very beginning of 2009.
He could not believe a Cemetery could be so fascinating.
Indeed such a calm spot of the city, surrounded by a canal and suburb streets. For what we could understand it's an old man keeping it, maybe some volunteers to help (voluntary service works very well in Holland). He also makes honey out the flowers of the gardens, and he sells it, beautiful!
Would you ever buy a box of honey made in a cemetery?
But here it's so normal and nice you'd do! We did! 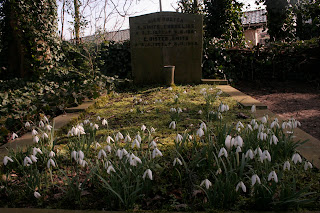 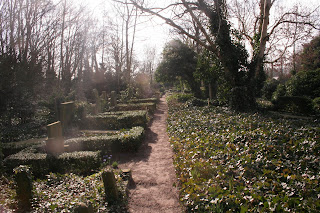 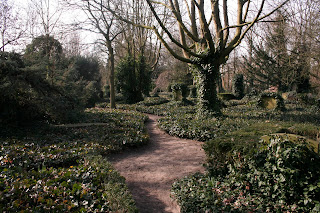 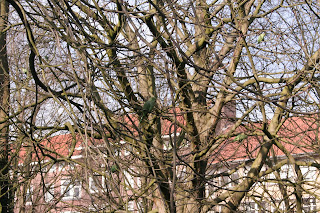 Try to count how many parrots are in this picture! Someone has lost his own and they have fund the perfect place to build a block. 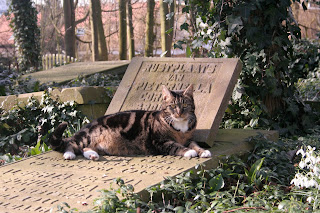 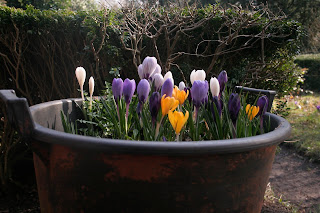 Garden is everywhere.
So nice at the entrance there is a big writing:
MEMENTO VITAE   and   MEMENTO MORI
And you really don't understand what is best